Radical Hope is the title of Stef Van Looveren’s video piece and also the title for his exhibition at Hole Of The Fox (Antwerp, BE). The short film was screened on Art Viewer’s Screen section, whereas in the physical space, Van Looveren created new installations out of the props and clothing featured in the film, bringing forward other associations and turning these elements into relics of a past event. The spectator is asked to take out their smartphones and watch the film simultaneously as they walk through the exhibition, in an attempt to intertwine our virtual and physical experience and creating an interaction with the pieces. The space becomes a familiar surrounding and the idea is that you start to feel part of a whole. Radical Hope, the film, portrays stages. Stages of life, stages in society, stages in emotion and feelings. Each look represents one of those stages titled: Sadness, Anger, Desire, Happiness, Resentment and Terror. The 25 characters are living and breathing within those stages, each stage a capsule in which they are completely themselves. All six stages have a clear course, not with a beginning or end, but with an evolution, a revolution or an epiphany, tapping in on the different feelings that form the basis for each one. The individuals, in the end, are, or become, a group. They become one. What’s also beautiful, is how Stef is both participant and creator, one of us and a discrete overseer, as a phrase is chanted during one sequence: “Will you gracefully gather yourself to dance with me, until we are home, together, I hope, not in silence.”, and by showing himself as a bride, as one of his own characters in the film. It’s apparent that Van Looveren’s work touches on the notion of gender, genderlessness and the adoption of personas. He tries to mimic our society and from it, our social conducts, along with strong, predetermined visual culture, not directly forming a critique, but reliving and recreating these aspects of life in a surreal gesture, for them to become visible once again to the naked eye. This is especially clear in the sequence Resentment of the film, where the characters have been formed in groups, each group having their skin colored differently and coming together in a backwards playback of the actual filming. – Benny Van den Meulengracht-Vrancx 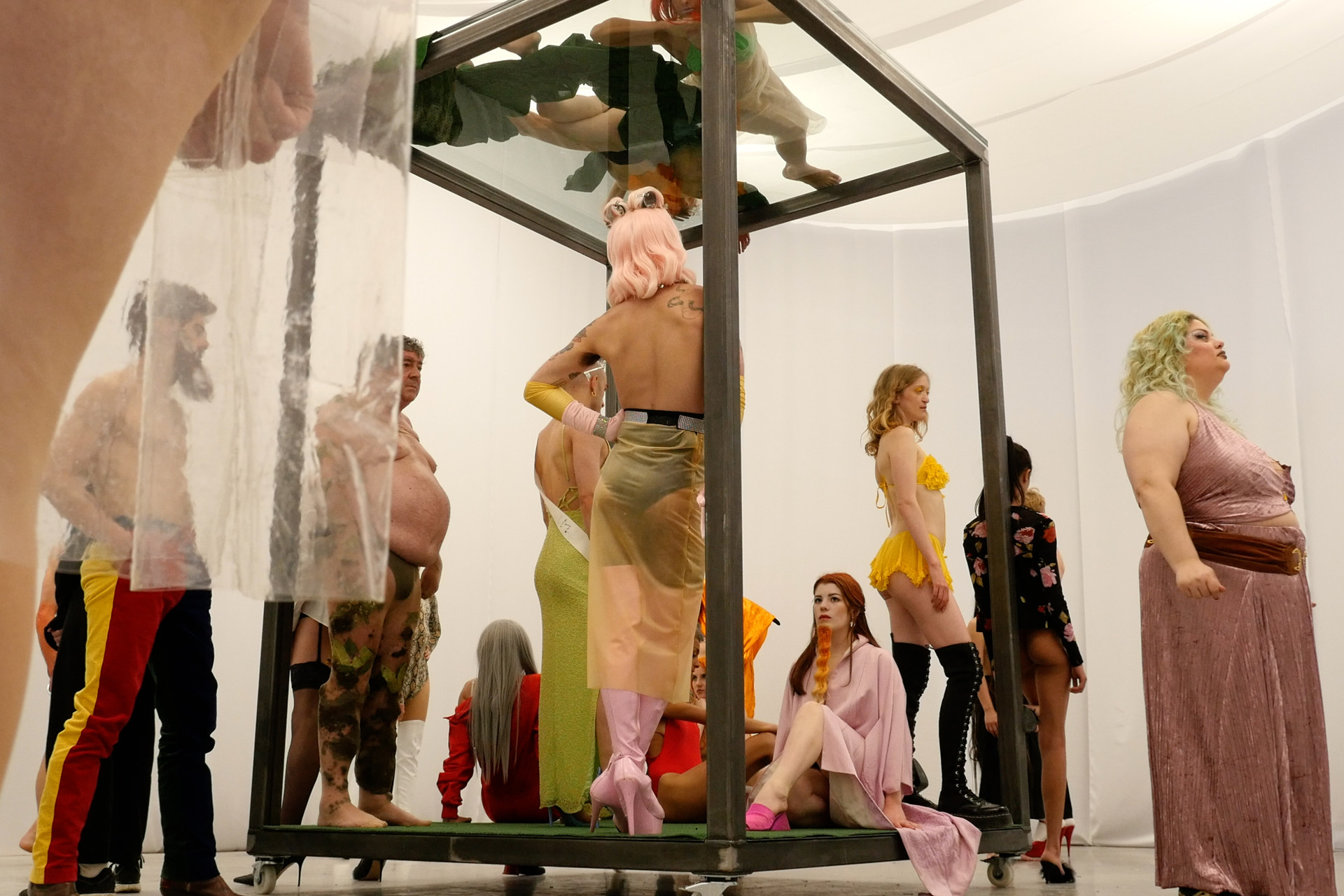 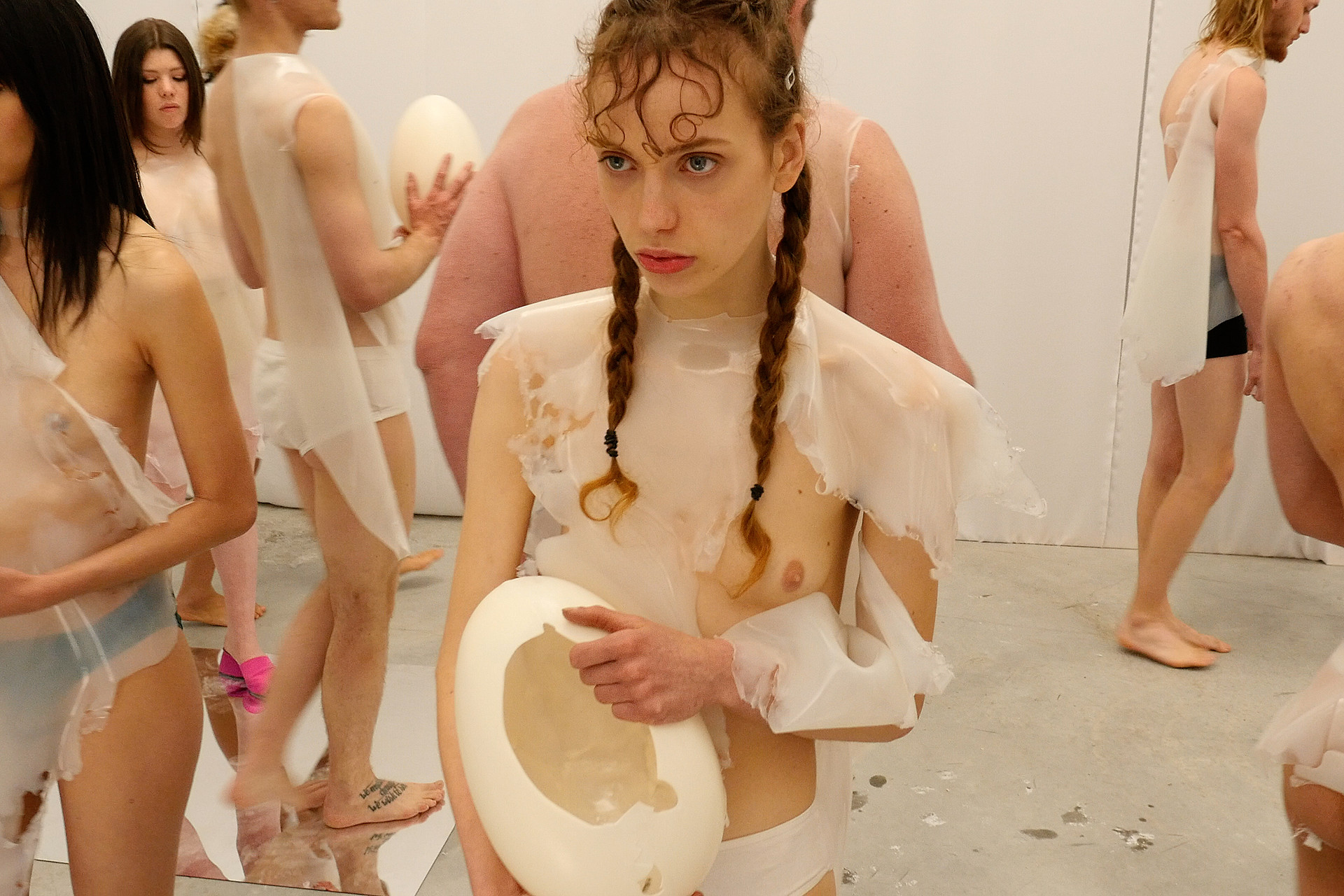 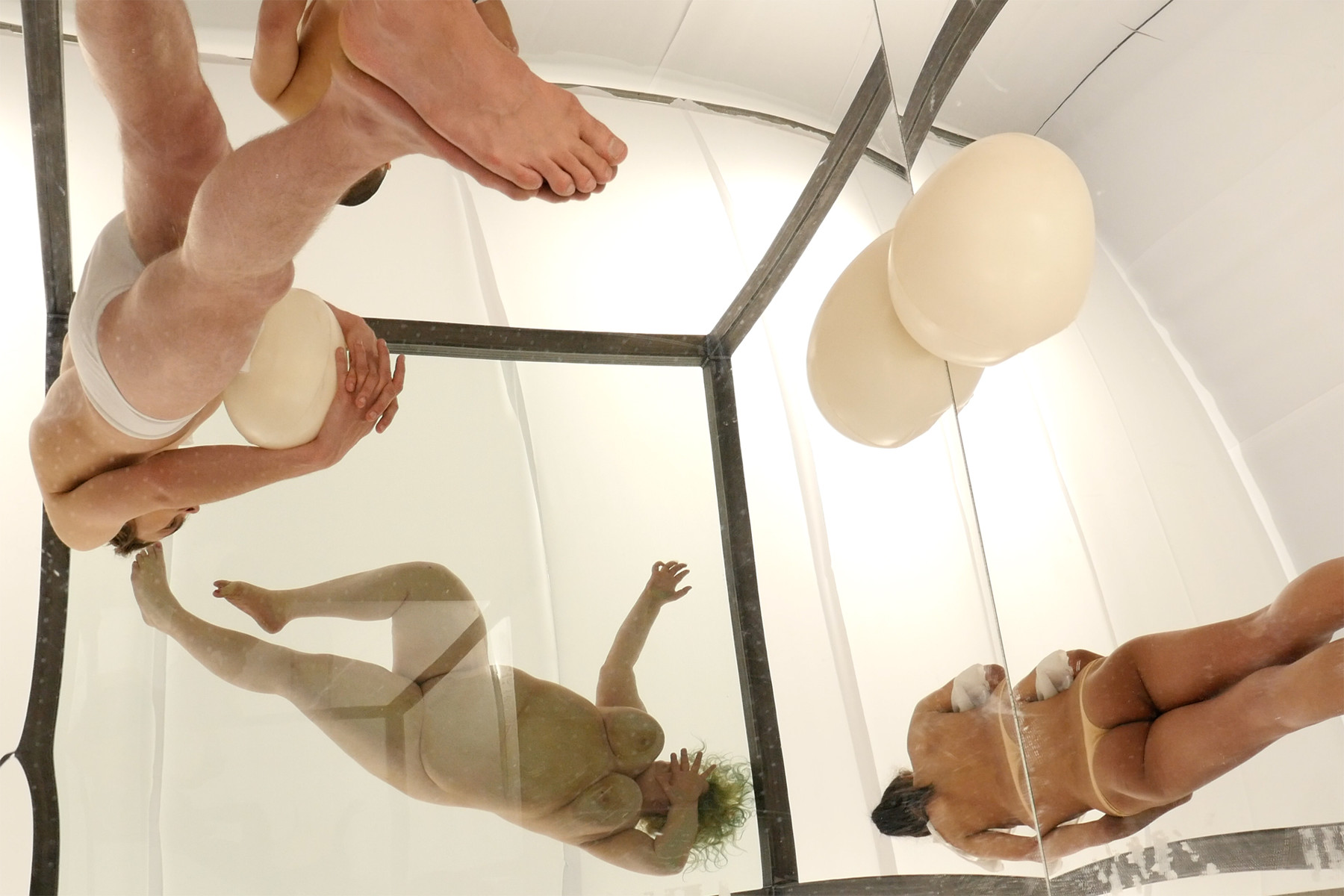