Somewhere between private and public it probably is, where our roles of gender are created. Through the set up of three sculptures, all being another side of the same coin, Van Looveren creates an environment to think about the fluidity of this construction. Two seemingly static poles are talking about what we can name, male-female and variations on those terms. The third sculpture, placed on a rotating plate may be described by that coin, flicked into the air, neither head nor tail, yet. This state of potential becoming, a moment in which the biggest expectations are not able to determine the result, may be the core of this convergence. As we all now, the coin falls down after few seconds, but never the less it is important to ask about the utopian idea, what the simultaneous existence of head and tail in constant movement would be like. – Karen Moser 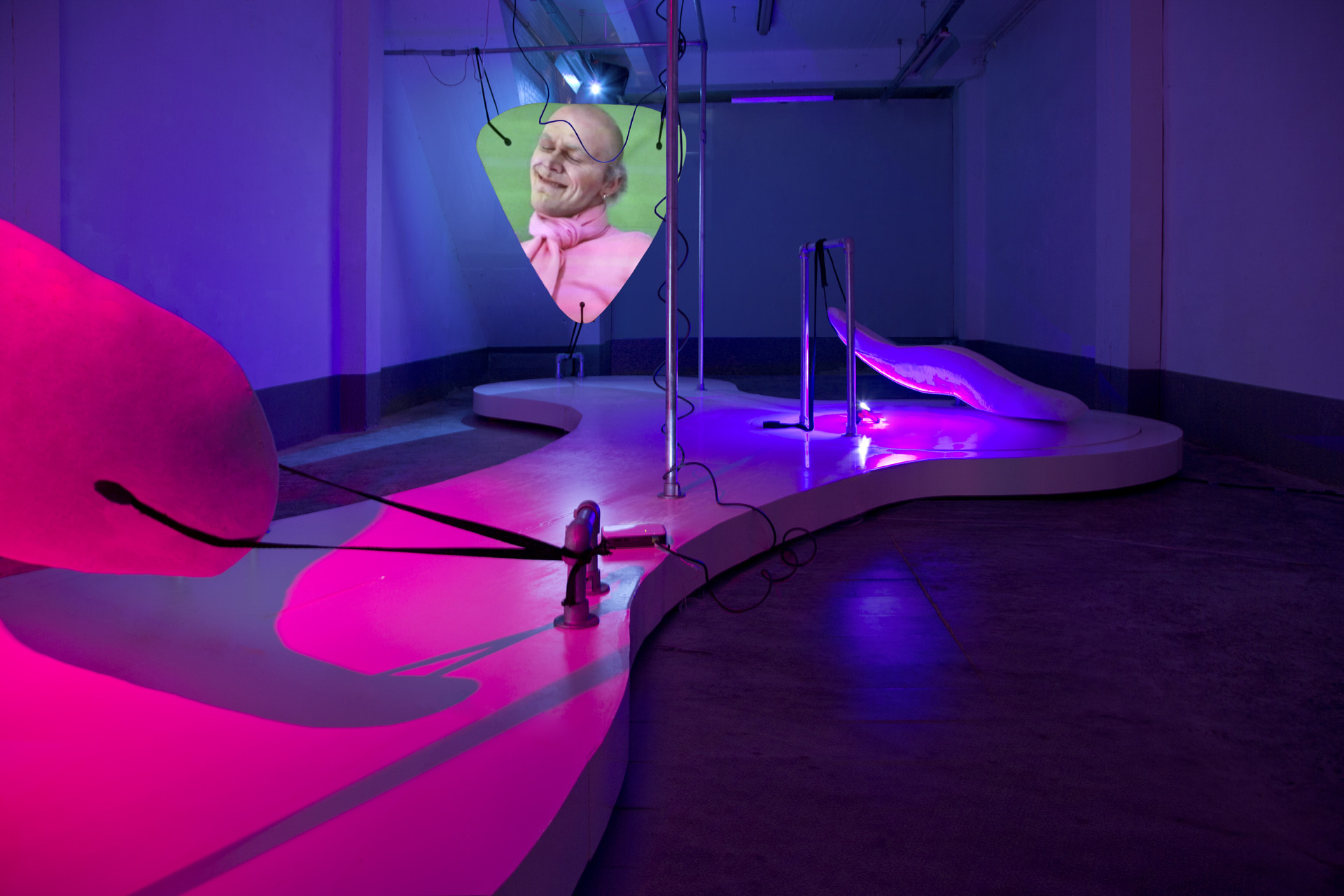 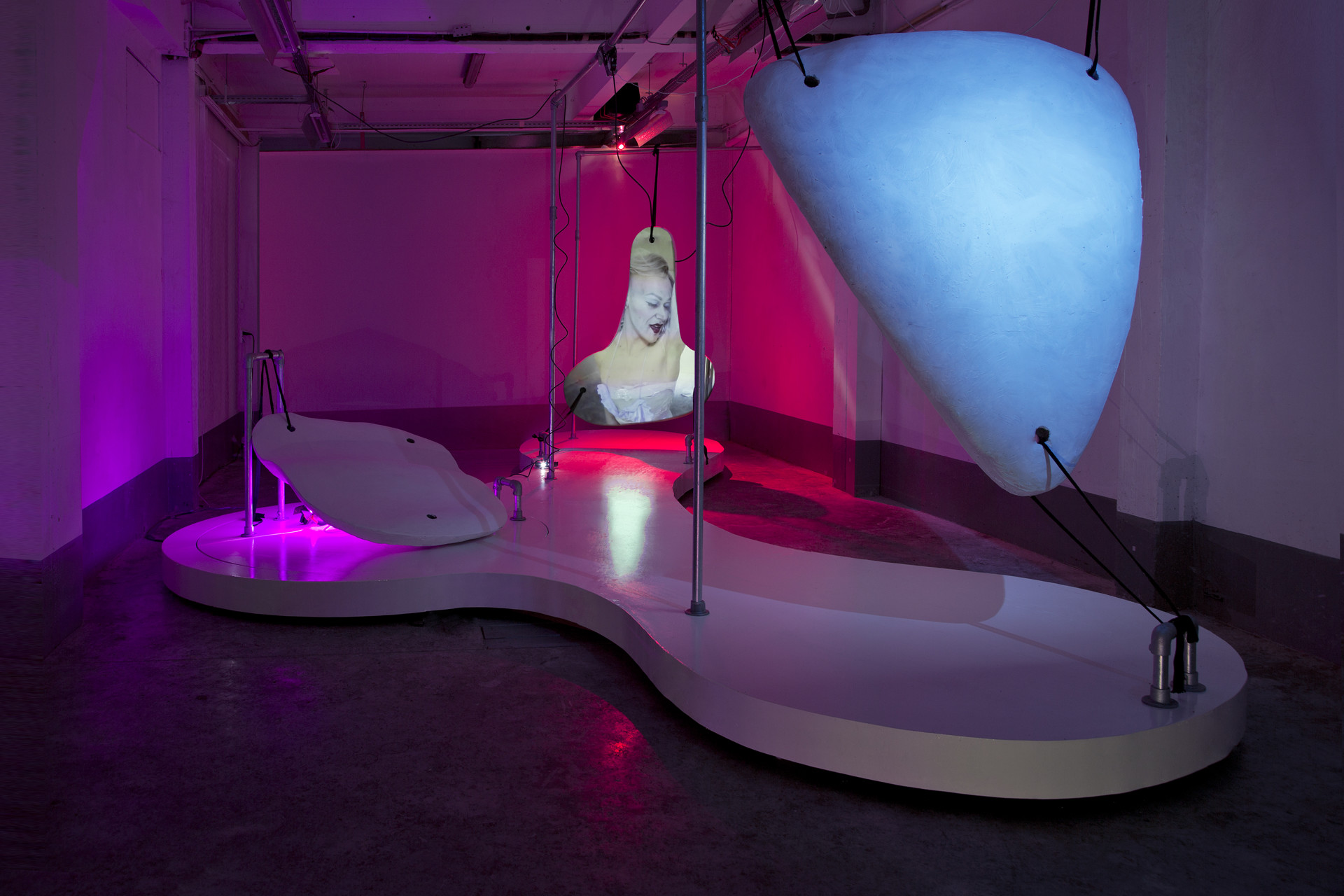 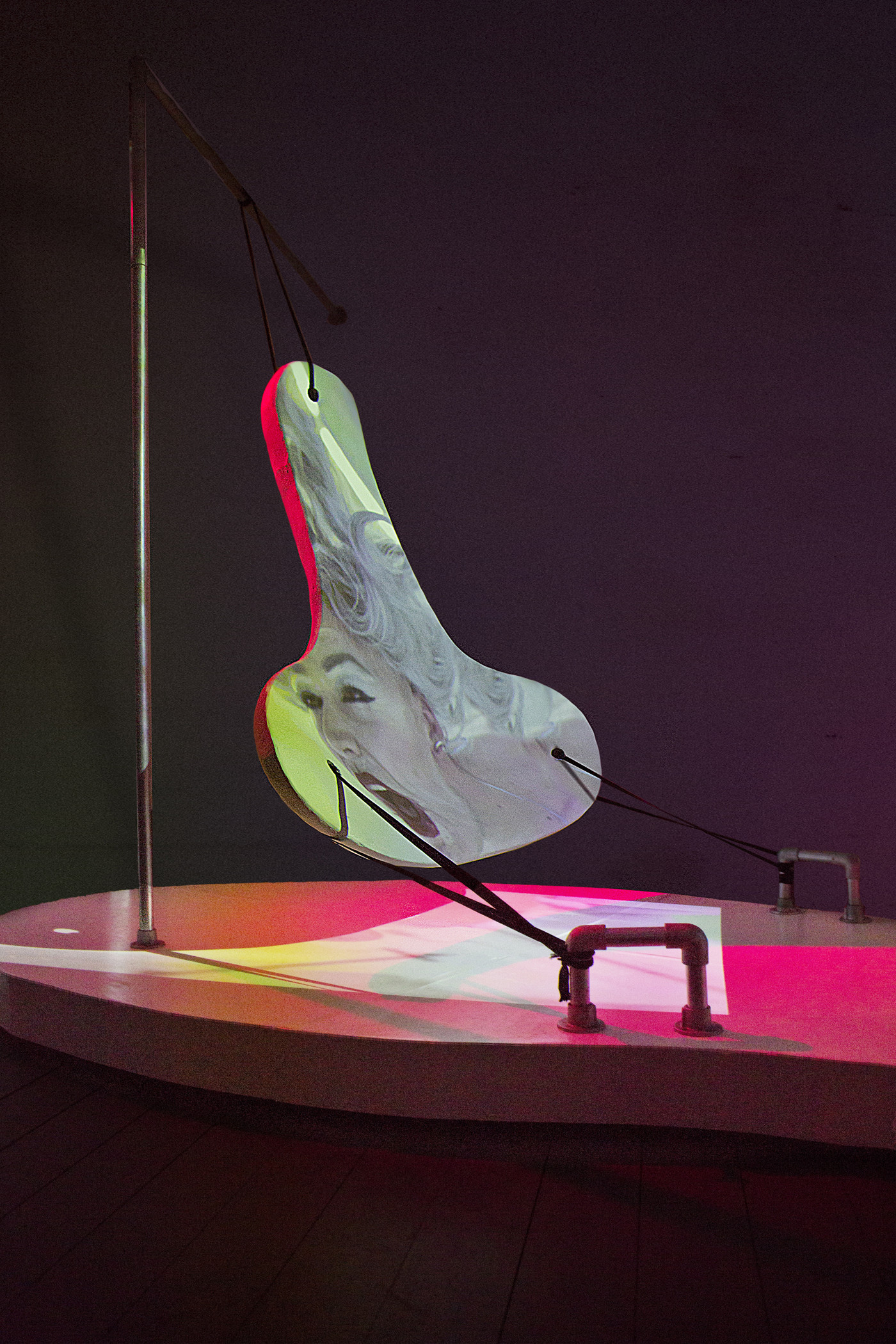